Given that my Intro to Media course is covering a book chapter, I thought I would talk about the last book I read Sweetbitter, a book written by Stephanie Danler.

I read Sweetbitter during winter break, and I absolutely fell in love with the one-of-a-kind storyline; I have honestly never read anything relatively similar to the exceptional plot of Sweetbitter.

The main character Tess decides to pack up as little as possible and move to one of the fastest-moving cities in the country, New York City. She acquires a job as a ‘backwaiter’ at Union Square Café, a ravishing, popular restaurant in New York City, and quickly runs into the world of sex, drugs, and champagne.

Furthermore, Tess finds herself in a love triangle between her, Simone, a highly-educated server at the restaurant, and Jake, a ‘bad boy’ bartender.

This new life Tess begins to live teaches her how to take care of herself and how to make changes in her life in order to endure such a lifestyle in the ever-changing energy and excitement of New York City. She tries, she fails, but she never quits, and I think that is why I felt so drawn to keep reading more and more. Her struggles in the story are far from being sugar-coated, and the continuous work she puts up for her job the rigorous lifestyle of Union Square Café is unmatched. It’s absolutely thrilling to watch her grow in both her professional and personal life, grappling with life’s biggest challenges.

As I mentioned above, this book is different than any ever book I’ve ever read, and I’ve read a lot, and I give Danler two thumbs up for taking her real-life experiences and captivating me into the not-so-fabulous life of living under the big, bright lights of New York City.

Also, for those who aren’t book crazy, the television network Starz developed Sweetbitter into a television show, and the first season is available on the app right now!

“Grey’s Anatomy”: “Silent All These Years” 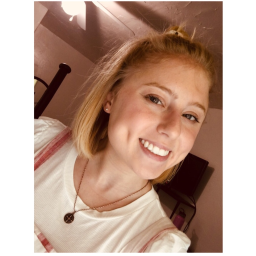